A crash condemns Odendaal to 13th place, behind a positive Sebestyen 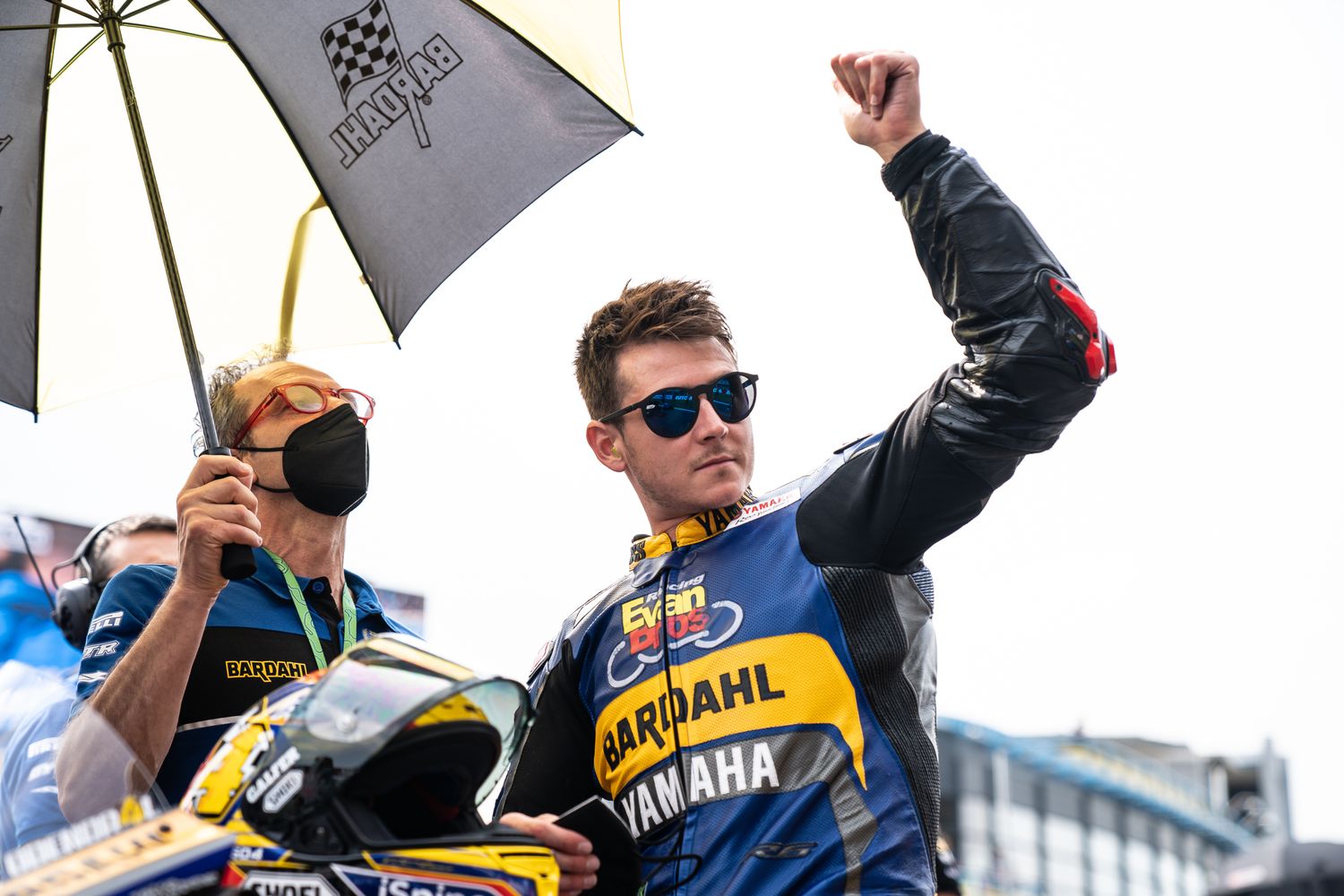 It was a bitter end to the Evan Bros. WorldSSP Yamaha Team's weekend at Assen, with Peter Sebestyen and Steven Odendaal finishing 12th and 13th respectively. A crash in turn five was decisive in Steven's case, preventing the South African rider from fighting for a podium finish again, while Peter said goodbye to the Dutch track with a solid race and a weekend on the rise.


After a night of heavy rain, the morning warm up was held on a dry track. Both Odendaal and Sebestyen used the ten (not fifteen due to a series of delays) minutes available to get to grips with the different asphalt conditions, finishing the session in 10th and 19th.
At 12.30 the lights went out for Race 2. Odendaal started from second place as he did yesterday and immediately occupied third position, before losing contact with the first two in the standings. Thanks to his great speed, however, the number 4 quickly closed the gap in the following laps, but then, during the ninth lap, he crashed at turn 5. Once he had restarted Steven managed to make up a few positions and ended up in P13, gaining three points: Odendaal thus maintains his second place in the championship, 44 points behind the top.
Sebestyen's race began with a slightly negative start, which forced the Hungarian rider to cross the finish line in P16 for the first time. Despite this, Peter managed to gain confidence with his Yamaha YZF-R6 lap by lap, setting interesting times and gaining positions up to the 12th place finish.
The Evan Bros. WorldSSP Yamaha Team will return to the track on 6-7-8 August for the fifth round of the 2021 season at the Czech circuit of Most.
Race 2 results #NLDWorldSBK
P1 - Dominique Aegerter (Yamaha)
P2 - Philipp Oettl (Kawasaki)
P3 - Randy Krummenacher (Yamaha)
P4 - Jules Cluzel (Yamaha)
P5 - Luca Bernardi (Yamaha)
P12 – Peter Sebestyen (Evan Bros. WorldSSP Yamaha Team, Yamaha)
P13 – Steven Odendaal (Evan Bros. WorldSSP Yamaha Team, Yamaha)
Steven Odendaal: "Unfortunately today a crash conditioned my race: luckily I was able to restart and get at least three points. It certainly wasn't what I was hoping for so I apologise to the team, but unfortunately sometimes things don't go as planned. Overall we showed we have the potential to win, so we just have to stay positive and work towards Most".
Peter Sebestyen: "Today I had a better feeling in the saddle, a sign that together with my team I am going in the right direction. After this weekend we have a clear idea of what areas of the bike we need to work on and that's what we're going to do. Yesterday and today I didn't get the results I was hoping for, but I'm very happy to be back in Supersport and to be making progress every day. The next round will take place in Most, where I had my first test with the team, so I'm sure things will improve".
Fabio Evangelista: "The balance of the weekend is certainly positive. Steven in Race 1 showed all his talent by taking second place, while today a crash in the slowest part of the circuit prevented him from fighting for the podium or the victory, but not from finishing the race and winning points like a great professional he is. In the championship we now have a quite large gap to the top, but the races are still a lot so we don’t give up. Peter got two good results in his first races, which was in line with what was expected: we knew that to be among the first ones right away would be very difficult, as you need time to progress, but at Most I am sure he will continue to improve".