Odendaal immediately in the spotlight on Friday at Assen, immediate signs of growth for Sebestyen 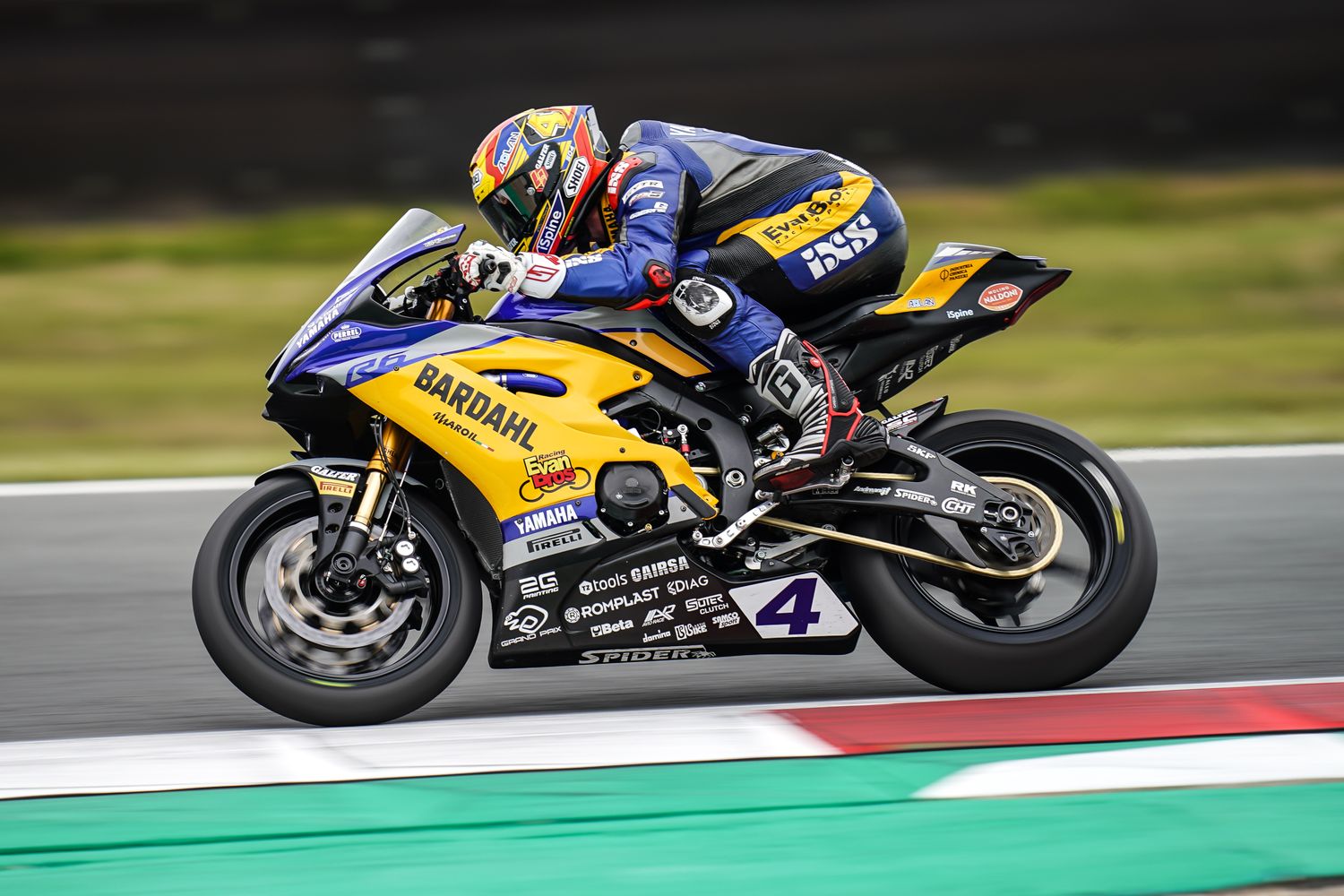 The Evan Bros. WorldSSP Yamaha Team's weekend at Assen officially opened with the first two free practice sessions, with both Steven Odendaal and new signing Peter Sebestyen immediately showing encouraging results. The South African was the star of the day, taking second place in the combined standings of the two sessions, while the Hungarian showed signs of growth in both of his debut sessions with the reigning World Champion team, finishing day one in P17.
Under a leaden but not rainy sky FP1 took place late in the morning, with Steven Odendaal immediately in great form. In fact, in the last of the 17 completed passes, the number 4 obtained the best time of the session in 1'37"470, a time already three tenths faster than the previous track record. For Sebestyen FP1 represented his official debut as an Evan Bros. WorldSSP Yamaha Team rider, with a 16th place finish and plenty of information gained.
At 16.00 FP2 took place, in similar conditions to the first session, where both Odendaal and Sebestyen worked on both pace and lap time. Steven confirmed himself as one of the fastest riders on the track, getting the second place with only 41 thousandths of delay from the top, while Sebestyen improved his best time by six tenths, getting again the 16th position.
Now that Friday is over, it's time to look ahead to Saturday, when both the Superpole (10.25), which will decide the starting grid for Odendaal and Sebestyen, and Race 1 (15.15) will take place. Both sessions will be visible live on Sky Sport MotoGP, channel 208 of Sky.
FP1 + FP2 results #NLDWorldSBK
P1 - Dominique Aegerter (Yamaha) 1'37"274
P2 - Steven Odendaal (Evan Bros. WorldSSP Yamaha Team, Yamaha) +0.041
P3 - Manuel Gonzalez (Yamaha) +0.550
P4 - Philipp Oettl (Kawasaki) +0.711
P5 - Randy Krummenacher (Yamaha) +0.883
P17 - Peter Sebestyen (Evan Bros. WorldSSP Yamaha Team, Yamaha) +1.861
Steven Odendaal: “We got off to the right start. Since we didn't test on this one we started to work on the set-up in small steps, but despite this the bike gave me good feelings right away, and for this I can only thank the team. We have worked a lot on the race pace: the weather will be an important variable, but in any case we have the potential to fight for the victory".
Peter Sebestyen: "It has been a special day, where we have started a long journey. At this track it is very important to be quick in fast corners, which we are not at the moment so we have to work, already having in mind which areas of the bike to work on. Since these are my first sessions I still have to find the right set-up for my riding style, so it's not time to look at the position in the classification yet. Tomorrow I am confident that we can make a lot of progress and then play our cards right in the race, where the group will certainly be very tight”.