Welcome Peter! Sebestyen and the Evan Bros. WorldSSP Yamaha Team together in the 2021 World Supersport Championship 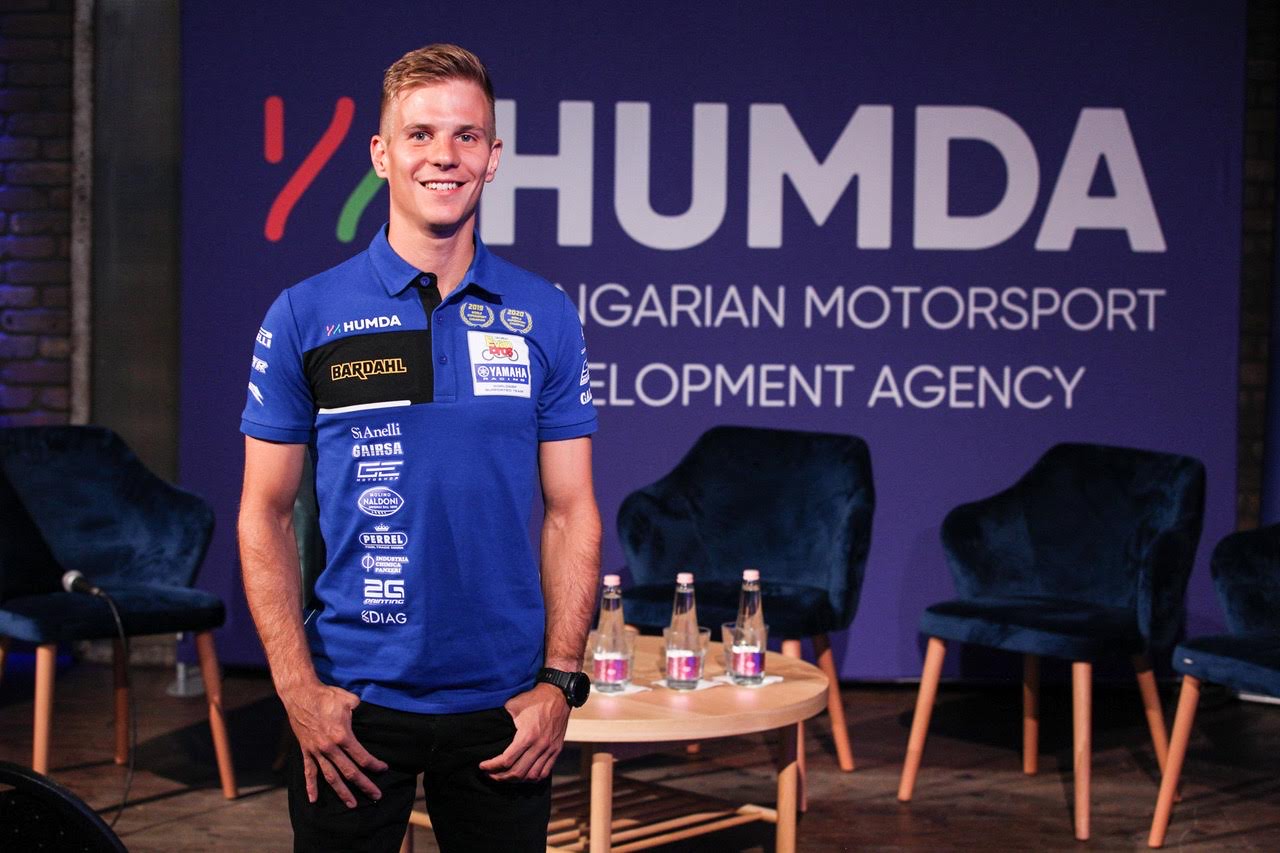 The Evan Bros. WorldSSP Yamaha Team is pleased to announce that it has agreed a deal with Hungarian rider Peter Sebestyen to ride together the remaining rounds of the 2021 WorldSSP season.
After a test on Friday 16th and Saturday 17th July at the Most circuit, Sebestyen will start his adventure on the Yamaha YZF-R6 of the reigning World Champion team from the Assen round on 23-24-25 July, forming together with Steven Odendaal, already winner of three races this season, a line-up of absolute value.
Born in Budapest on 16 May 1994, Sebestyen took part in the Red Bull Rookies Cup in 2008 and 2009, scoring a pole position and several top ten finishes. In 2009 he also took part in the CEV, with two fifth places as his best result. After a brief stint in the 125cc World Championship, Peter landed in the Superbike paddock in 2013, participating in the European Junior Cup, where he conquered a second position. The good things he showed allowed him to make his debut in Superbike the following year, before moving up to Superstock1000, while in 2016 he returned to Superbike and conquered his first points in the category.
In 2017 Peter made his debut in Supersport, competing in the European rounds of the championship. The following year he remained in the category, but a change of team during the season allowed him to express himself in better conditions in the last rounds of the season, conquering the top ten in the final round in Qatar. In 2019 he had his first full season in WorldSSP, which saw him score points in 11 out of 12 rounds, finishing the year just a few points off the top ten. Sebestyen's exponential growth finally came to fruition in 2020 when, for the first time on an R6, he scored a season-best sixth place at Aragon.

The Hungarian Motorsport Development Agency (HUMDA) has been instrumental in the realisation of this project, with its commitment to the Evan Bros. WorldSSP Yamaha Team and Sebestyen as part of a growth plan for the Hungarian motorcycling movement.

Peter Sebestyen: "I still find it hard to realise that I will be racing with the best team in the category. I have been following the Evan Bros. WorldSSP Yamaha Team for the last few seasons and I have been impressed by their methods and mentality: I have always dreamed of being part of such a team, and now the dream has come true. My strengths are tenacity, humility and passion, which I will use from the first day I can get on the bike and work with my team, giving my best. Now I am 100% focused on training, because the WorldSSP championship requires a lot of effort, and I want to be in the best condition right away. I want to say a big thank you to HUMDA for giving me this opportunity: it's an honour to represent my country, and I'm happy that the efforts of these years have produced such a result".
Fabio Evangelista (Team Principal): “I'm very pleased to welcome Peter Sebestyen to our team, to start this new adventure from the Assen round. He's a rider I followed for a few years now, with an untapped potential that I and the whole team will try with all our might to bring out. Peter will have the best possible package at his disposal, with a team made up of valuable elements and I'm convinced that, even though he hasn't done the winter tests with us, after a short period of adaptation he will be ready to obtain excellent results. I would like to sincerely thank HUMDA for the great effort they have made in reaching this agreement: I am aware of how much the Hungarian motorcycling movement wants to expand in these years, and to be part of this project is a great honour. Finally, I'm convinced that with two riders our team can shine, as it has already amply demonstrated in 2019, so this new challenge gives us a lot of stimulus for the future, which we will live together with Yamaha and our sponsors”.