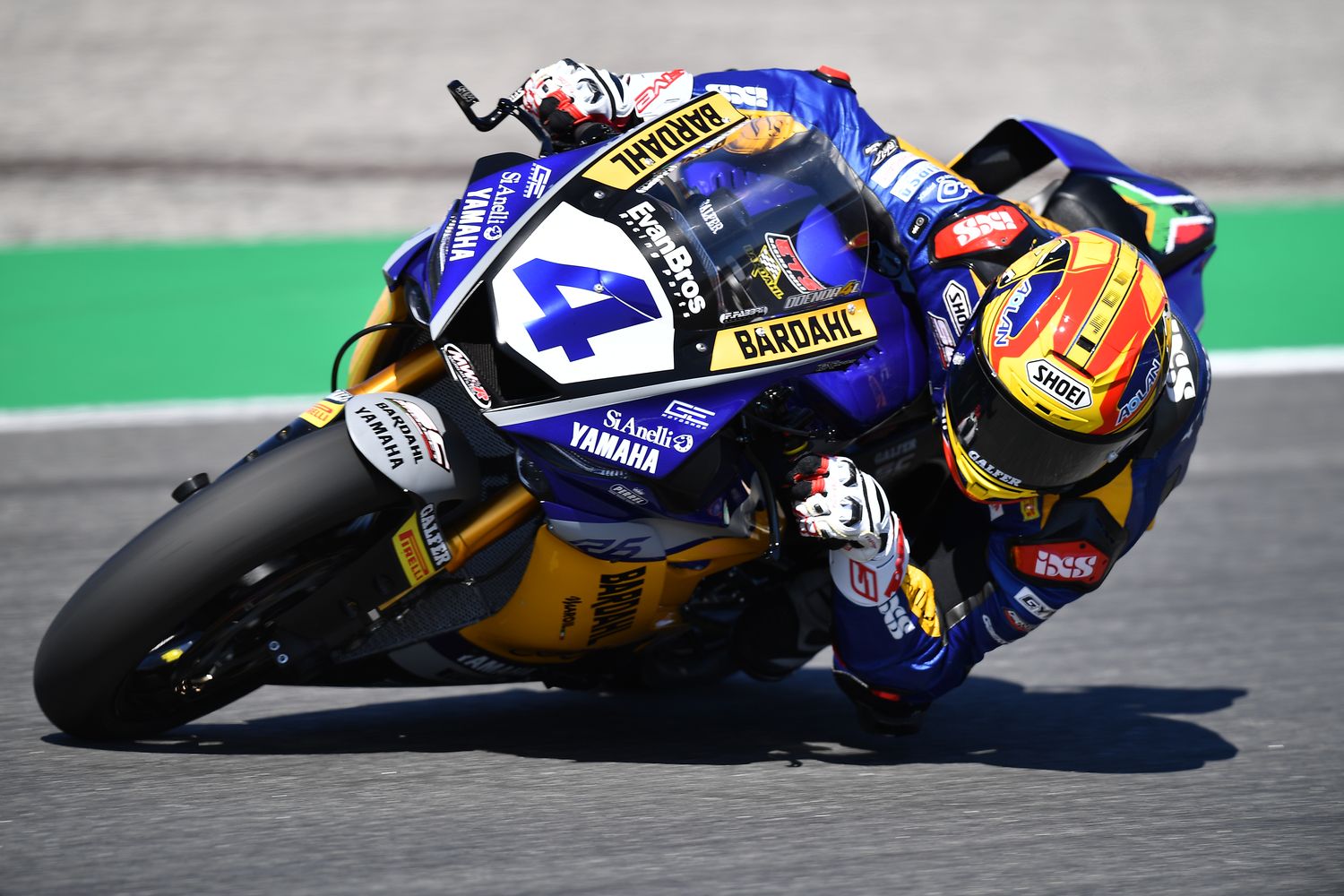 After a strong start to the 2021 season, with three wins in the first four manches, the Evan Bros. WorldSSP Yamaha Team is ready for its home round. This weekend in fact the world Supersport championship lands at the Misano World Circuit "Marco Simoncelli", for the third round of the season.
Steven Odendaal arrives at the Italian round on the strength of his excellent performances at both Aragon and Estoril, thanks to which he leads the overall standings with 75 points. The South African will also be able to build on the work done with the team during the Misano test in mid-March, which was the first meeting between Odendaal and the reigning World Champion team.
The Evan Bros. WorldSSP Yamaha Team currently occupies second position in the team standings and is ready to work to repeat the results achieved at Misano in 2019, the last time the Supersport team travelled to Romagna, when they scored a historic one-two.
The upcoming round will have to comply with the current anti-Covid regulations which, in line with the "Scenario 1" imposed by Dorna, will see only the strictly necessary personnel present in the paddock, while for the first time this season the stands will be able to be occupied by 5007 spectators per day. As usual the weekend's programme will start on Friday with the first free practice, while on Saturday it will be time for Superpole and Race 1, with Race 2 closing the programme on Sunday. Both the Superpole and the two races will be visible on Sky Sport MotoGP, channel 208 of Sky.
WEEKEND TIMETABLE - SUPERSPORT
Friday
11.25 - 12.10 FP1
16.00 - 16.45 FP2
Saturday
10.25 - 10.45 Superpole
15.15 - Race 1 (18 laps)
Sunday
09.25 - 09.40 Warm up
12.30 - Race 2 (18 laps)
Steven Odendaal: "Misano is the team's home race, so I'm more motivated than ever to give my best. I also had my first test here with the Evan Bros. WorldSSP Yamaha Team and I felt comfortable right away, so I'm sure we can do a great job this weekend. The first objective is to start working as hard as possible on Friday, trying to get to know the behaviour of the new soft tyre as quickly as possible and then aim for a podium or a win. Unfortunately we won't be able to have all the team's partners and friends with us on the track, but we'll try to celebrate with a Prosecco for them too".
Fabio Evangelista (Team Principal): "We are very happy to have our home race, for which we can only be optimistic. The test carried out at Misano with Steven was positive, but we have no doubt that it will be a challenging weekend: there will be many fast riders, both Italian and not, but I'm equally sure that Steven will be among the protagonists. At the moment he's about 70% fit, but he'll give 110% to make sure we have a good time just a stone's throw from home".