Wet Race 1 at Phillip Island: Baldassarri on the foot of the podium, comeback and points for Sebestyen 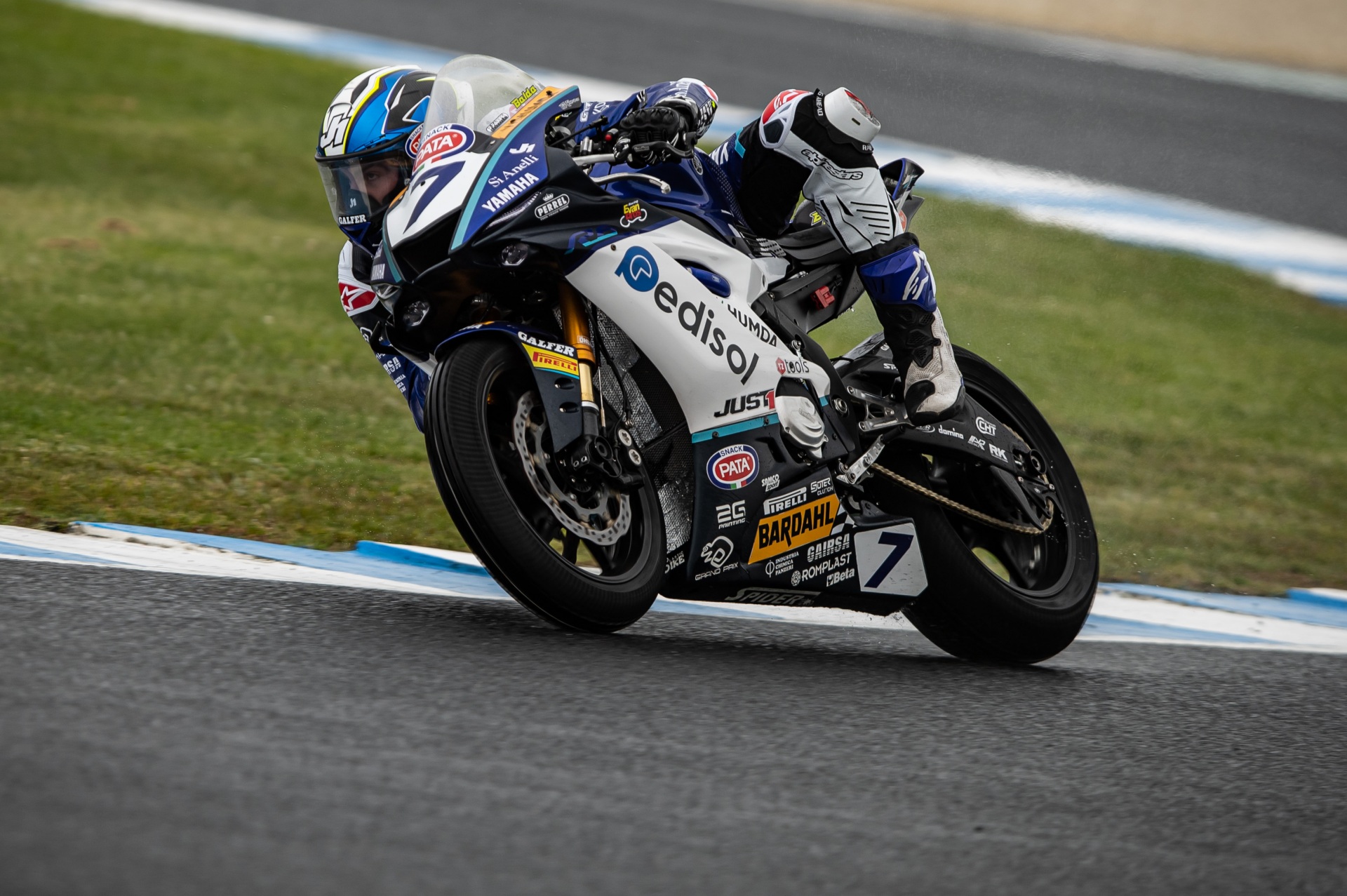 Saturday was characterised by bad weather for the Evan Bros. WorldSSP Yamaha Team, who proved their worth in a completely wet Race 1. Lorenzo Baldassarri came close to a podium finish in 4th place, while Peter Sebestyen finished 13th after a fierce comeback.

The day opened with Superpole, held on a damp and gradually drying track. In these particular conditions Baldassarri took an excellent 5th place, while Sebestyen - after occupying a top ten spot for a long time - had to be content with 17th.

In the time between Superpole and Race 1 the rain made its appearance again, forcing the riders to race in completely wet conditions. Baldassarri got off to a good start, finishing the first lap in 6th position. The Italian rider remained in that position until the middle of the race, careful not to make any mistakes, and then passed Aegerter for 5th place. On the last lap, thanks to Caricasulo's crash, Lorenzo achieved an excellent 4th place finish.

More complicated start for Sebestyen, who ended up off the track coming out of turn 1 but did well not to crash. Once back on track the Hungarian rider began his exhilarating comeback, which brought him up to 13th place overall. Tomorrow the Evan Bros. WorldSSP Yamaha Team will be back on track for the last time this season: the warm up will start at 00.55 CET, while at 04.30 the lights will go out for Race 2.

Lorenzo Baldassarri: "I'm happy with how the race went, because in conditions like today mistakes are always around the corner. We were first among the Yamahas, which is positive, and we weren't far off the podium. Tomorrow the objective is to put on a show".

Peter Sebestyen: "Unfortunately our plan for Superpole didn't work, so I had to start quite far back. The start was good, but in turn 1 a rider in front of me made a mistake, and to avoid him I ended up off the track. At that point I tried to make a comeback from last position and managed to recover several positions. I hope to do better tomorrow”.

Fabio Evangelista (Team Principal): "I'm happy with Lorenzo's race, as it was the first time this year that we raced in the wet: the podium was maybe possible, but it's OK. Peter did well to come back from the bottom, but unfortunately once he was in 13th position he was unable to continue his comeback".