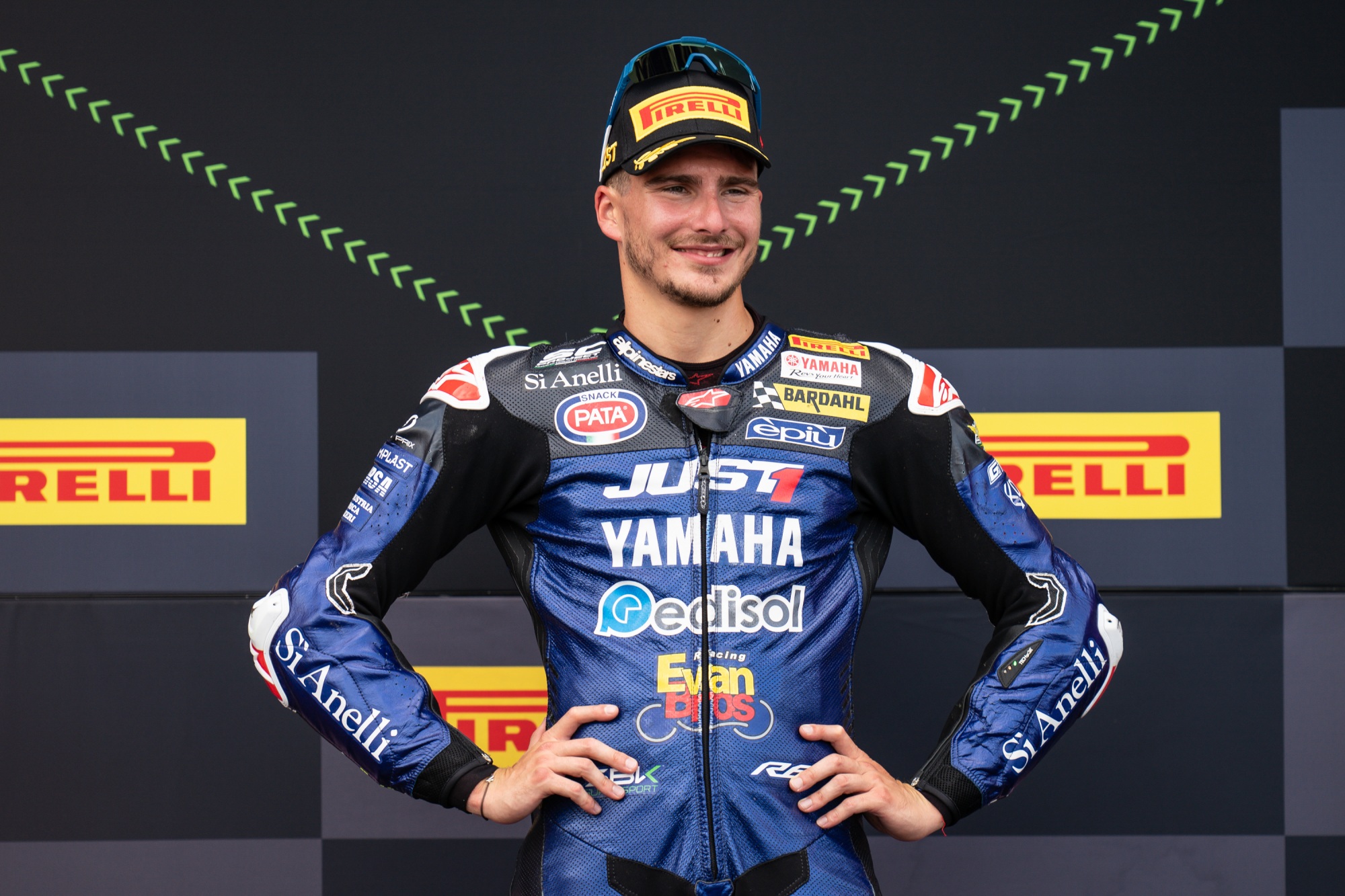 It was a fantastic Saturday for the Evan Bros. WorldSSP Yamaha, who took victory in Race 1 at Magny - Cours thanks to a strong performance from Lorenzo Baldassarri. It was also a positive day for Peter Sebestyen, who was able to finish the race in the points.

In the morning the Superpole was staged in completely dry conditions. Baldassarri steadily improved his time, to the point of taking a wonderful second place on his last attempt, finishing 97 thousandths of a second from pole position. Positive session also for Sebestyen, less than a second from the top and owner of the 12th place on the grid.

At 15.15 Race 1 got underway. Baldassarri took advantage of the start from the front row to finish the first lap in the lead, and then remained in the top positions over the following laps. Halfway through the race Lorenzo was able to gain an advantage over his rivals, going into a breakaway together with Van Straalen. Seven laps from the end, when Baldassarri was firmly in the lead, the red flag - due to the crash of Bahattin Sofuoglu - put an early end to the race, decreeing the success of the Evan Bros. WorldSSP Team rider. Today's win is Baldassarri's fourth of the season and brings him to within five points of the top of the championship standings.

Sebestyen had to reckon with a slightly complicated start, which forced him to close the first lap in 15th position: as the race went on, Peter raced with character, responding to the attacks of his rivals, until he climbed up to 13th place, which was useful to gain important points for morale.

Tomorrow the Evan Bros. WorldSSP Yamaha Team will be back on track at 9.25 for the Warm Up, while at 12.30 it will be time for Race 2.

Lorenzo Baldassarri: "Today's is a very important victory, as we are now even closer to the top of the championship. I have to thank the team, who after yesterday's crash set the bike up perfectly and helped me get the right feeling again. I made a good progression in the race, and victory is the best possible reward!"

Peter Sebestyen: "I had a bit of bad luck today. In Superpole I felt quite strong, but a couple of mistakes limited me. In the first part of the race I struggled, mainly because of the front tyre: then I felt better lap after lap, recovering positions, but unfortunately the red flag stopped the race before time, when I had the group in front of me in my sights. Tomorrow we will make up for it".

Fabio Evangelista (Team Principal): "I am really happy with this day. Winning after yesterday's problems is something beautiful: a result like this was not a foregone conclusion, for so many reasons, but the great work of Lorenzo and the team repaid us. Peter is improving, as he has steadily improved after a difficult start. Tomorrow it will be time to race again, and we hope to have another positive day".