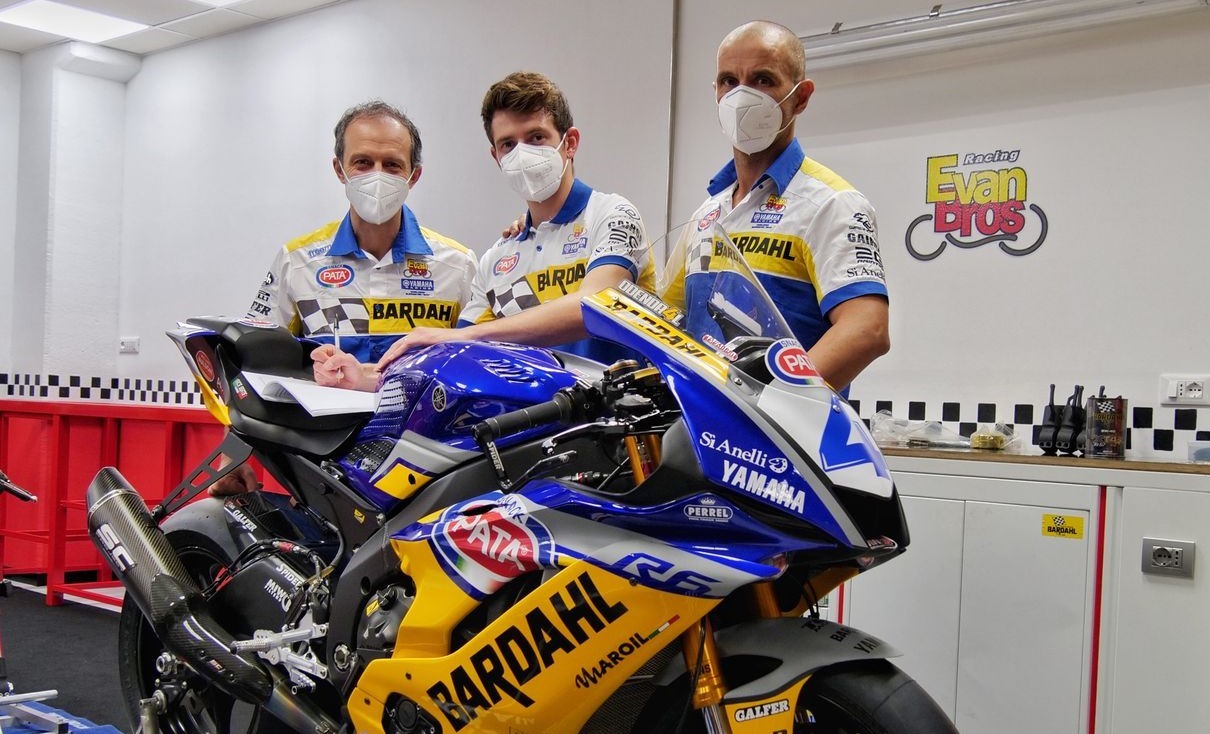 BARDAHL Evan Bros. WorldSSP Team is pleased to announce that it has reached an agreement with the South African rider Steven Odendaal, to compete in the 2021 WorldSSP Championship riding the Yamaha YZF-R6 of the reigning World Champion team.
Born in Johannesburg on 2 March 1993, Odendaal started his professional racing career in 2007, finishing fourth in the 125cc class of the South African National Championship. The following three years he competed in the 600cc class with an opportunity to make a Moto2 World Championship debut in 2011. After a promising season in the CEV Moto2, Odendaal disputed his first full season in the Moto2 World Championship in 2013.

In the course of the next three years, Odendaal demonstrated his skills once again in the CEV Moto2, winning the European Championship title in 2016 with six victories and three podiums.
The following season he confirmed his form, finishing the season third overall riding a development bike. The excellent results allowed him to return to the Moto2 World Championship again in 2018, where he achieved his first world championship points for a new chassis manufacturer in their debut world championship season. In 2019 he stayed in Moto2, before switching to World Supersport in 2020. He finished fifth overall in his WorldSSP debut season with two fourth positions as his best result, showing great consistency throughout the season.
Steven Odendaal: “I am really happy to be joining the reigning world champions, and I would like to thank my manager Jorge Lis for making this possible. I am sure we will do a great job together next year. It won’t be easy to repeat the results the team has achieved in the last two years but we certainly have the potential to do it. I had the opportunity to visit the racing department of BARDAHL Evan Bros. WorldSSP Team and I was really impressed: the whole team works with a great passion and commitment, which is the key to achieve our goal”.

“We are very happy to welcome Steven to our team: having a South African rider is exciting and represents a new intriguing challenge. The last two seasons were full of satisfaction and our passion and commitment to improve did not diminish, in fact it probably doubled. Steven is an experienced rider who undoubtedly has what it takes to be in the WorldSSP championship battle: we are hoping to help him match the achievements of two of his great compatriots such as Greg Albertyn and Kork Ballington, two riders whose achievements on and off track contributed to my passion for the two wheels. I would like to thank our title sponsor Bardahl Maroil, who will continue with us on this adventure, Pata Snack, Yamaha Motor Europa, namely Andrea Dosoli, and all our sponsors who have been supporting us since the beginning of our dream. We have not scheduled a first test with Steven yet, due to the difficult situation we are experiencing, however we cannot wait to be back on track!”
Mauro Pellegrini (technical manager) “I liked Steven from the first moment I met him, as a person and as a rider, and I want to take on a new challenge with him. The goal is to fight for the WorldSSP title again, exploiting to the maximum the talent that I am sure he has. Next season we can count on our technical experience with the Yamaha YZF-R6 and his experience with the 600cc.”