Andrea Locatelli and the BARDAHL Evan Bros. WorldSSP Team end the 2020 season with a wonderful second place in Race 2 in Estoril 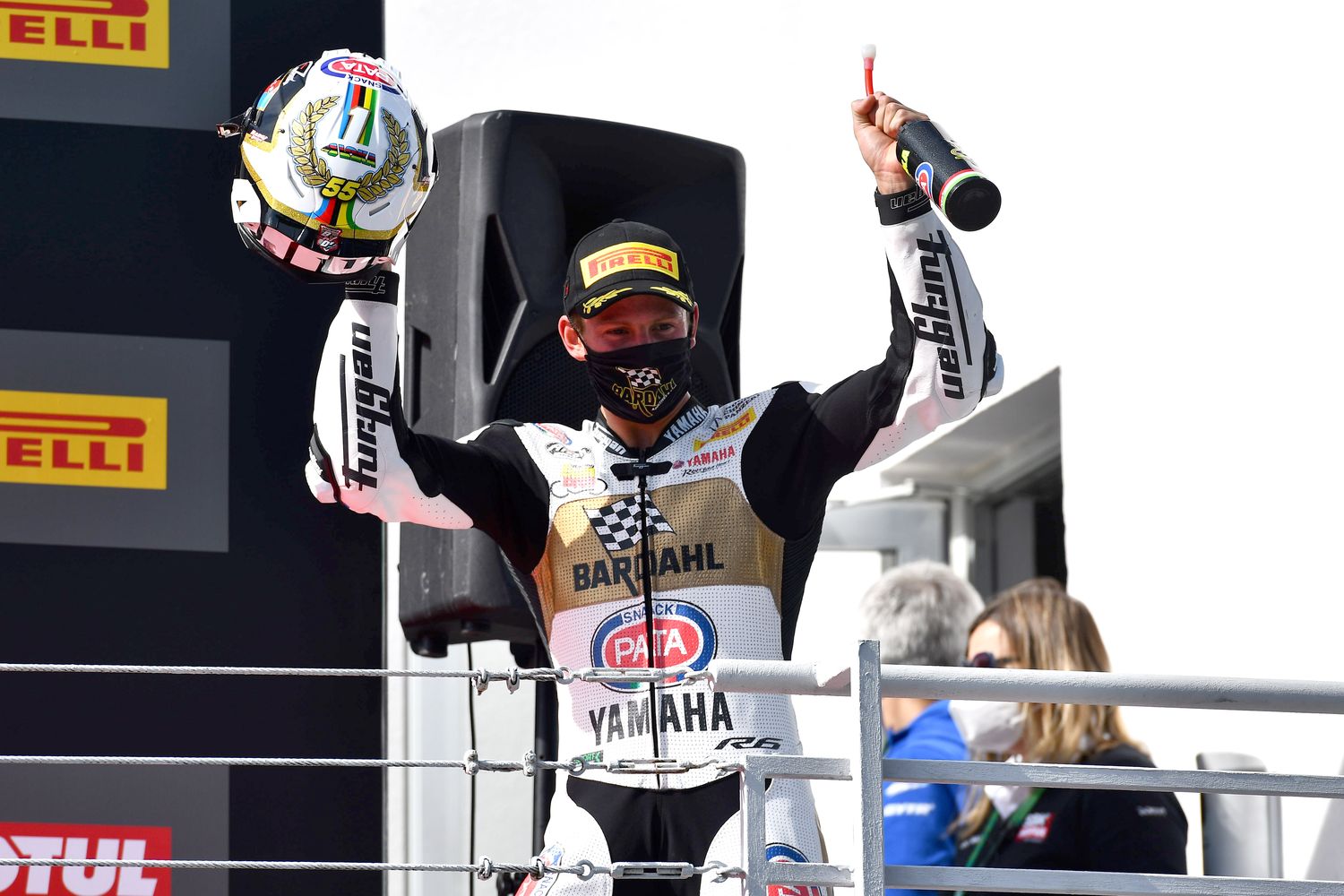 Today officially ended the 2020 season in the WorldSSP championship for BARDAHL Evan Bros. and Andrea Locatelli, on the Portuguese track of Estoril. A memorable season, which brought 12 victories and a total of 13 podiums, but above all the title of World Champion. In the last race of the season Locatelli gave another fantastic place on the podium to the team, finishing Race 2 in second position.
The day opened with the traditional morning warm up, where Locatelli flaunted for the first time on the track the beautiful livery celebrating the World Title, created by Fox Race Design. Andrea completed seven laps, obtaining the fifth position thanks to a time of 1'40"955.

In the early afternoon, at 14.45 in Italy, the traffic lights went out for Race 2, the last race of the 2020 season. Locatelli struggled slightly at the start, crossing the finish line of the first lap in fifth position. The 2020 World Champion remained in this position until the tenth lap, when he passed sixth, starting his comeback.
On the third last lap Locatelli climbed up to fourth place, while on the final lap he completed his masterpiece, managing to make two overtakes (the second one right on the finish line) and gaining an excellent second position. For Locatelli this is the number 13 podium in the season, of which 12 victories, allowing him to close the season at 333 points in the general classification, 104 more than the second classified.

Today's result allows to smile once again also at the BARDAHL Evan Bros. WorldSSP Team, able with only one rider to close in second position in the team standings, obviously with 333 points. The season can therefore once again be defined as triumphant for the team, which thanks all its sponsors for the fundamental help received during the season, with the hope of continuing together for live united new and exciting days.
Race 2 #FRAWorldSBK results
P1 - Lucas Mahias (Kawasaki)

P2 - Andrea Locatelli (BARDAHL Evan Bros. WorldSSP Team, Yamaha) +0.886
P3 - Raffaele De Rosa (MV Agusta) +0.888
P4 - Steven Odendaal (Yamaha) +1.018
P5 - Philip Oettl (Kawasaki) +1.465
Andrea Locatelli: "I would have liked to have doubled after yesterday's victory, but it wasn't an easy race. A small electronic problem didn't help me, but the bike still allowed me to recover positions until I gained an excellent second place, which makes me satisfied. We had a beautiful, memorable season, for which I have to thank BARDAHL Evan Bros. WorldSSP Team and all its sponsors. Now that the season is over, I'm starting to realise what we have achieved, and it's really a great feeling”.