Andrea Locatelli no limits: victory number 12 in the season in Race 1 in Estoril 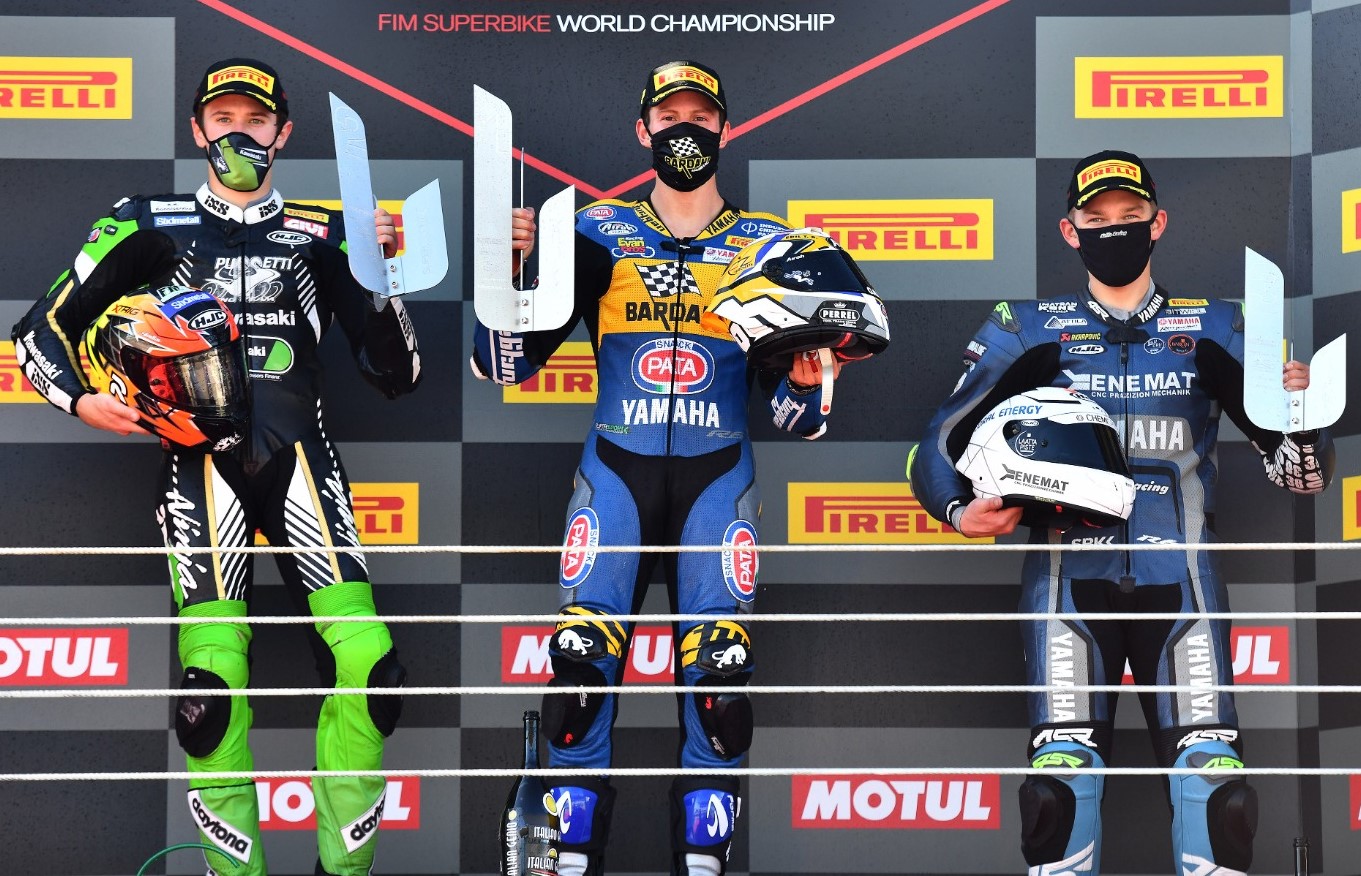 Today was a triumphant day for the BARDAHL Evan Bros. WorldSSP Team and Andrea Locatelli on the Estoril track, where the World Champion duo took both pole position in the Superpole and victory in Race 1. Victory number 12 for Locatelli, which adds another pearl to his incredible and memorable season.
The first positive signals came from the morning FP3, where Locatelli immediately found the right confidence riding his Yamaha YZF-R6, completing 10 laps and getting the third time at the end of the session, just a few tenths from the first place.

The last free practice session was followed by the Superpole, where Andrea once again showed his talent. 1'39"520 was the time of the 2020 World Champion, which earned him the number seven pole position in the season, out of a total of eight rounds. Race 1 started at 16.15 (italian time), but it was interrupted after only three laps by the red flag, exposed due to the gravel on the track after the fall of Sebestyen.

In the second restart, with race reduced to 12 laps, Locatelli took advantage (as in the first one) of the start from the first square of the grid, keeping the first position from the first lap. In the following laps Andrea has then kept a slight advantage over his rivals, rejecting any attempt to get closer and maintaining the leadership until the chequered flag, conquering the victory number 12 in the season.
Tomorrow will be the last day of racing in the 2020 season, with a slightly different timetable. At 10.50 (Italian time) the warm-up will take place, while at 14.45 it will be time for Race 2. This one will be visible live on Sky Sport Collection, channel 205 of the Sky platform.
Superpole Results #EstorilWorldSBK
P1 - Locatelli Andrea (BARDAHL Evan Bros. WorldSSP Team, Yamaha) 1'39"520
P2 - Lucas Mahias (Kawasaki) +0.146
P3 - Philip Oettl (Kawasaki) +0.309
P4 - Raffaele De Rosa (MV Agusta) +0.459
P5 - Danny Webb (Yamaha) +1.039
Race 1 Results #EstorilWorldSBK
P1 - Andrea Locatelli (BARDAHL Evan Bros. WorldSSP Team, Yamaha)
P2 - Philip Oettl (Kawasaki) +1.591
P3 - Hannes Soomer (Yamaha) +1.968
P4 - Isaac Vinales (Yamaha) +4.634
P5 - Steven Odendaal (Yamaha) +6.211
Andrea Locatelli: "This victory is special, because it came after a first day of practice which was not easy. We worked hard to find the right set up, and we managed to take both pole and victory. I'm really happy, because every victory has a special flavour: the red flag could complicate things, since it's not easy to stay focused, but this time I managed to do everything the right way. Tomorrow I want to try to get the same result, to make one last gift to the BARDAHL Evan Bros. WorldSSP Team".