Eighth position and a lot of useful information for the BARDAHL Evan Bros. WorldSSP Team and Andrea Locatelli on the first day of practice in Estoril 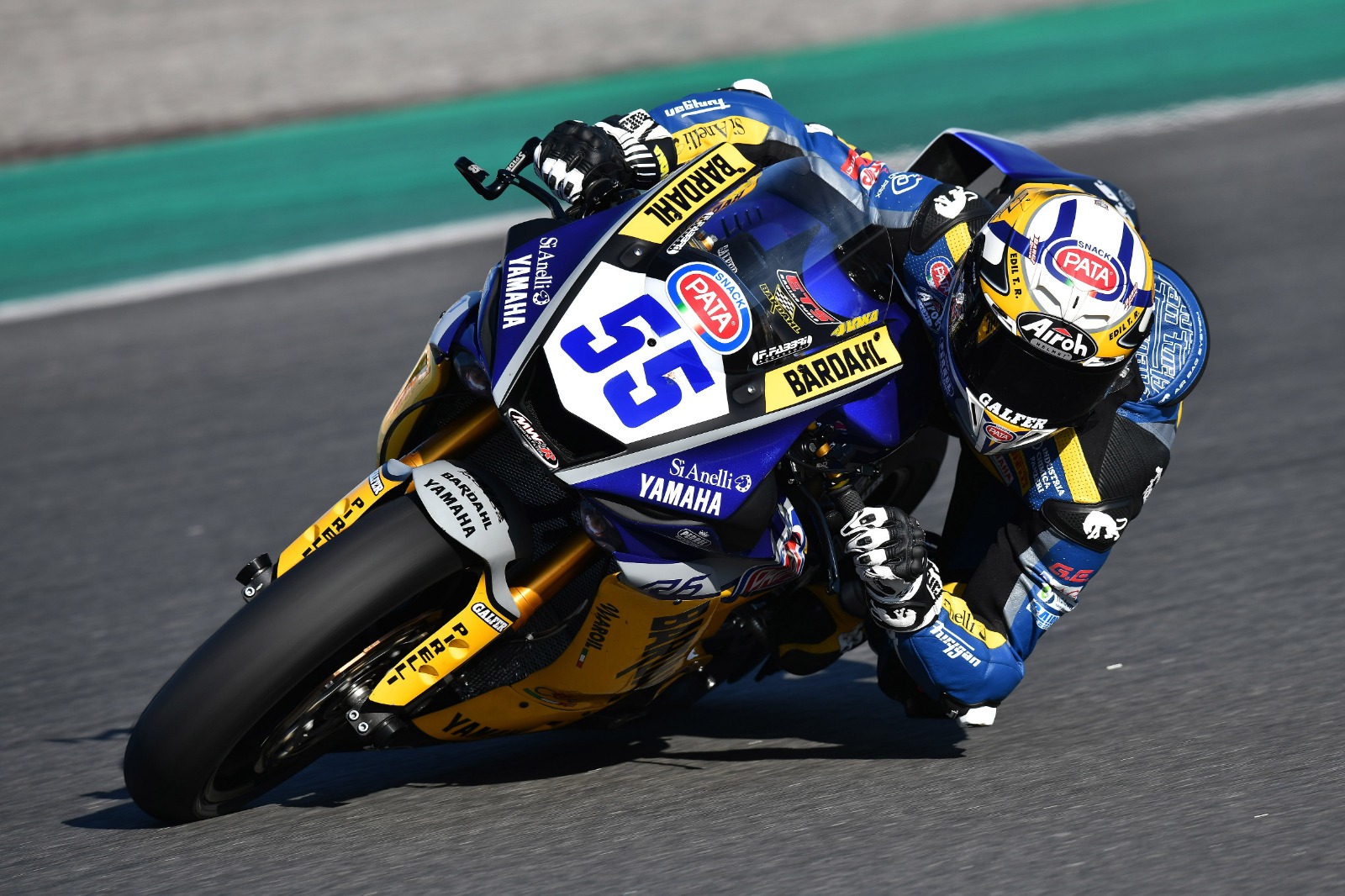 The last round of the WorldSSP 2020 championship officially opened today on the Estoril track, with the first two free practice sessions. The first day of action on track served the BARDAHL Evan Bros. WorldSSP Team and Andrea Locatelli to get to know the track, which is absolutely new for both of them, closing with the eighth position in the combined standings of the two sessions.
In the FP1 of the morning Locatelli started to discover the secrets of the Estoril circuit, being among the most present on track with 18 laps completed during the session. 1'41"947 the best time of the 2020 World Champion, which earned him the eighth final position.
In the afternoon FP2 went on stage. Andrea managed to improve his morning time by six tenths, completing 16 laps and getting some new and useful information about the track and his Yamaha YZF-R6. Also the second session of the day ended with the eighth position, which was consequently Locatelli's position in the combined classification of the two sessions.
Tomorrow Andrea Locatelli and the BARDAHL Evan Bros. WorldSSP Team will be back on track at 10.30 (Italian time) for the FP3, while at 12.40 it will be time for the Superpole, which will decide the starting grid of the two scheduled races, the first of which will take place tomorrow at 16.15. The Superpole and Race 1 will be live on Sky Sport Collection, Sky channel 205.
FP1 + FP2 results #EstorilWorldSBK
P1 - Raffaele De Rosa (MV Agusta) 1'40"745

"Today we began to get to know this new track, and we certainly still have a lot of work to do. I struggled to be fast and consistent during both sessions, which rarely happened during the season. I'm not worried, I'm aware that together with my team we can find the right solutions to improve our performance, and I hope I can prove it on track tomorrow".