BARDAHL Evan Bros. WorldSSP Team and Andrea Locatelli in Magny - Cours for the first round as 2020 World Champions 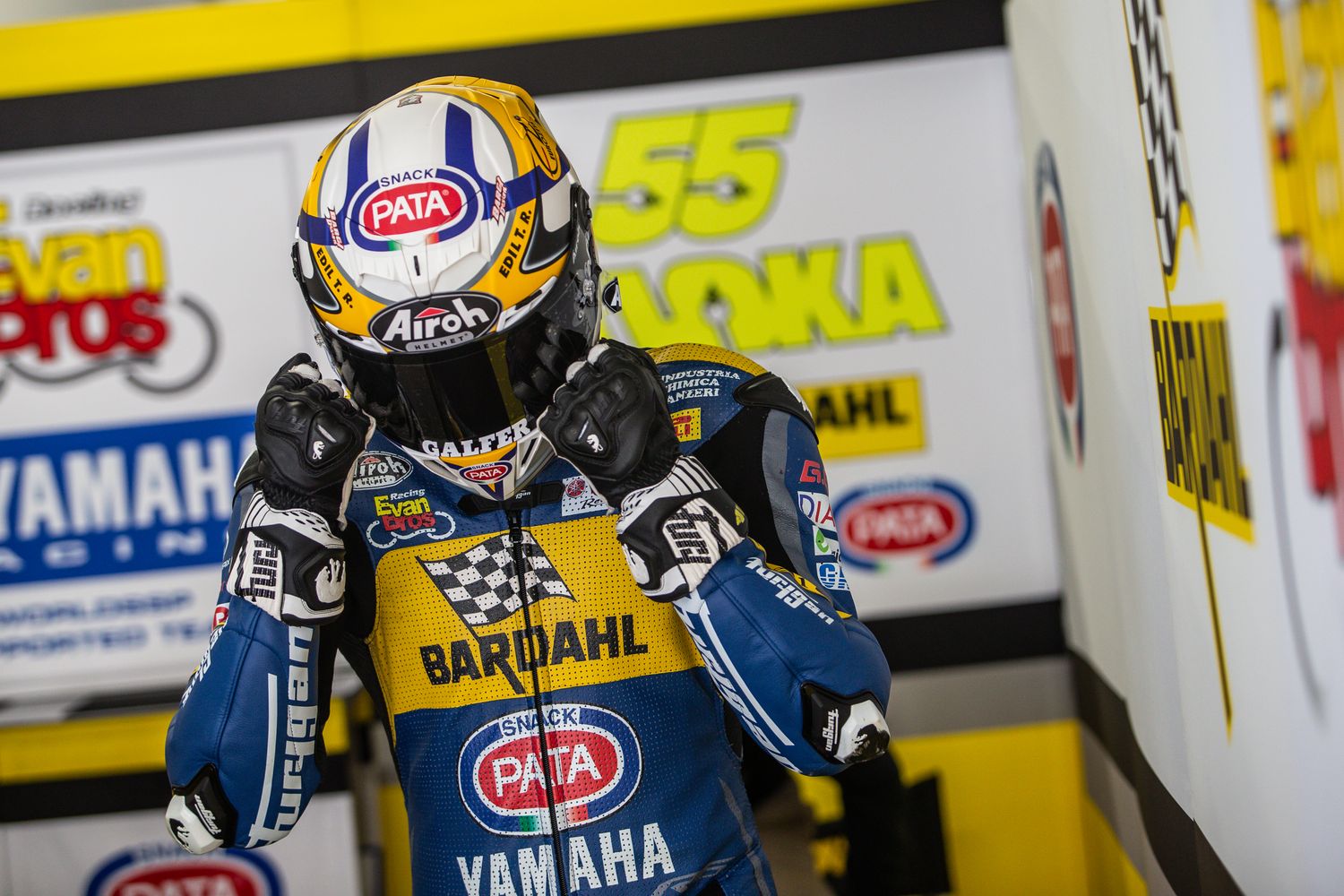 After having masterfully mathematically conquered the title of Supersport World Champion 2020, Andrea Locatelli and the BARDAHL Evan Bros. WorldSSP Team are ready to face the seventh round of the season, scheduled this weekend on the French track of Nevers Magny - Cours. Team and rider will face the weekend in style, displaying over the three days a fairing celebrating the title won in Barcelona, created with great skill by Fox Race Design.
The new 2020 World Champion Locatelli arrives in France with the desire to achieve new successes, on a new track for him. For Andrea, in fact, this is his absolute debut on the Magny - Cours track, which has been a regular fixture of the WorldSBK calendar since 2003. Locatelli has so far won nine of the ten races he has competed in, already entering the history books of the WorldSSP championship for the highest number of consecutive and total successes in a single season, and in France could become the rider with the highest number of consecutive pole positions.
In order to quickly learn the secrets of the transalpine track Locatelli will be able to rely on the team twice World Champion, who after having triumphed in the rider's championship wants to have his say in the team classification. Two rounds from the end of the season, in fact, the BARDAHL Evan Bros. WorldSSP Team occupies the second position, 20 points behind the top, despite the fact that (unlike the first five teams in the ranking) only one rider is lined up this year. The aim is to maintain the top three, proving once again that it is one of the leading teams in the category.
The weekend will officially start on Friday, with the first two free practice sessions. Saturday will then be the turn of FP3, Superpole and Race 1, while Sunday the program will be completed with the warm up and especially Race 2. The Superpole and both heats will be live on Sky Sport MotoGP, Sky channel 208.
WEEKEND TIMETABLE - SUPERSPORT
Friday
11.30 - 12.15 Free practice 1
16.00 - 16.45 Free practice 2
Saturday
09.30 - 09.50 Free practice 3
11.40 - 12.05 Superpole
15.15 - Race 1 (18 laps)
Sunday
09.25 - 09.40 Warm up
12.30 - Race 2 (18 laps)

"Magny - Cours is a very beautiful track but Andrea has never raced on it, so the first objective of the team will be to help him in getting to know the track. The weather will certainly be an unknown, but we are not worried: after winning the title two rounds early our goal is to continue to win, aware of our value".

"We have already achieved our primary objective, but we don't want to stop. Personally I want to continue to gain experience, and running for the first time at Magny - Cours will certainly be useful in this sense, as it represents a new track to learn. It is difficult to make predictions about possible results, given the uncertain weather, but I am very confident. As of Friday we will start working at the same pace as before, to try to win again".