Only the thunderstorm can stop Locatelli: Andrea fourth at the end of an umpredictable Race 1 in Barcelona 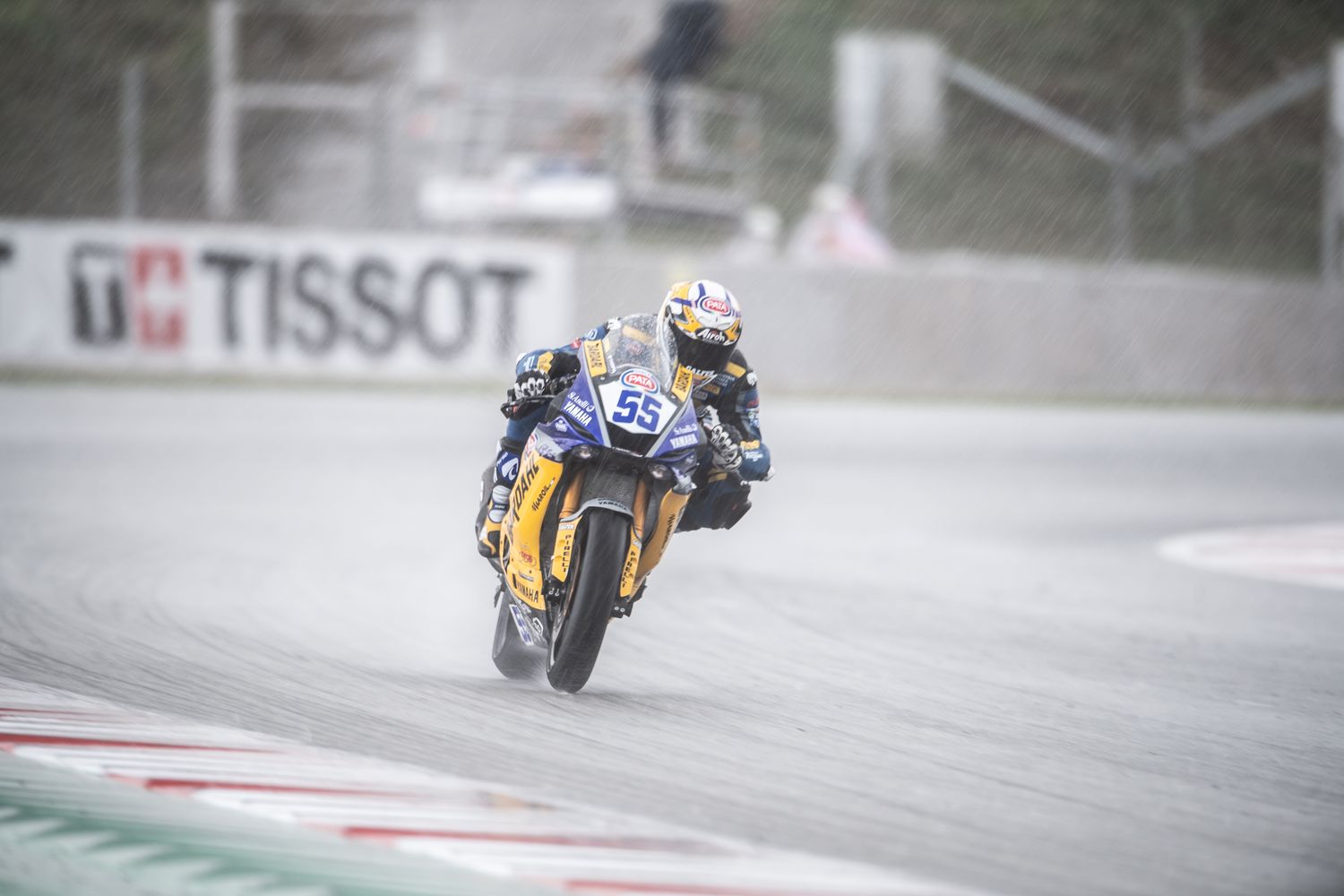 A day of a thousand twists and turns experienced today in Barcelona by the BARDAHL Evan Bros. WorldSSP Team and Andrea Locatelli. Locatelli closed fourth Race 1, at the end of a race strongly affected by bad weather, interrupted at the eleventh lap because of the excessive amount of water on the track.
The Catalan Saturday opened under the sign of rain, which forced the team and the rider to compete on a wet track in the FP3, concluded by Locatelli with an excellent second position. With the passing of the hours and the simultaneous arrival of the sun the track was able to dry, allowing the Superpole to take place on a dry track.
With the return of the "normal" conditions Locatelli returned to rule, taking pole position thanks to a time of 1'44"958. Today's pole position for Andrea is number six out of six attempts, which also allows him to equal a reference point in the category such as Karl Muggeridge, capable in 2004 of obtaining the same number of consecutive pole positions, but not as a debutant.
At 15.15 it was time for Race 1, which started in total dry conditions. Starting from the first position Locatelli was immediately part of the leading group, managing lap after lap to leave behind all his rivals, until he had a three second margin over the second in the standings. Nine laps to go, however, here is another change of the script of the day, with the first drops of rain on the track.
In just a few minutes the few drops became a real downpour, with Locatelli (in the meantime in fourth position) forced on lap 11 to return to the pits to fit wet tyres. A few seconds after making the pit stop, the red flag arrived, which marked the end of the race (two thirds of the race having been completed) and decreed valid the times set by the riders before the interruption of the race. In this chaotic situation Locatelli thus closed Race 1 in fourth position, after having commanded the race for long stretches.
With this result Andrea remains first in the championship standings, with 92 points on Cluzel (out until the end of the season) and 99 on Mahias. In order to conquer the title mathematically, Locatelli should tomorrow arrive in front of Mahias, in any position valid for the conquest of the points. Tomorrow will open with the morning warm up, while at 12.30 it will be time for Race 2, which will be broadcast live on Sky channel 205.
Superpole results #CatalanWorldSBK
P1 - Andrea Locatelli (BARDAHL Evan Bros. WorldSSP Team, Yamaha) 1’44"958

P2 - Lucas Mahias (Kawasaki) +0.031
P3 - Corentin Perolari (Yamaha) +0.246
P4 - Manuel Gonzalez (Kawasaki) +0.339
P5 - Raffaele De Rosa (MV Agusta) +0.543
Race 1 Results #CatalanWorldSBK
P1 - Andy Verdoia (Yamaha)
P2 - Lucas Mahias (Kawasaki)
P3 - Kyle Smith (Yamaha)
P4 - Andrea Locatelli (BARDAHL Evan Bros. WorldSSP Team, Yamaha)
P5 - Kevin Manfredi (Yamaha)
Andrea Locatelli: "First of all, I would like to thank the team, which after a complicated first day was ready as usual. I don't have much to say about the race: the fact that after not even an hour from the red flag the sun came back is frustrating, but today things went in this particular way and we have to accept it. In the chaos things could have been worse, so we have to stay positive. We found the right set up and proved to be very fast in dry conditions, so if the weather helps us we are ready to give our best tomorrow in Race 2".