The second weekend in Aragon has begun: the BARDAHL Evan Bros. WorldSSP Team and Andrea Locatelli take the lead at the end of the first day of practice 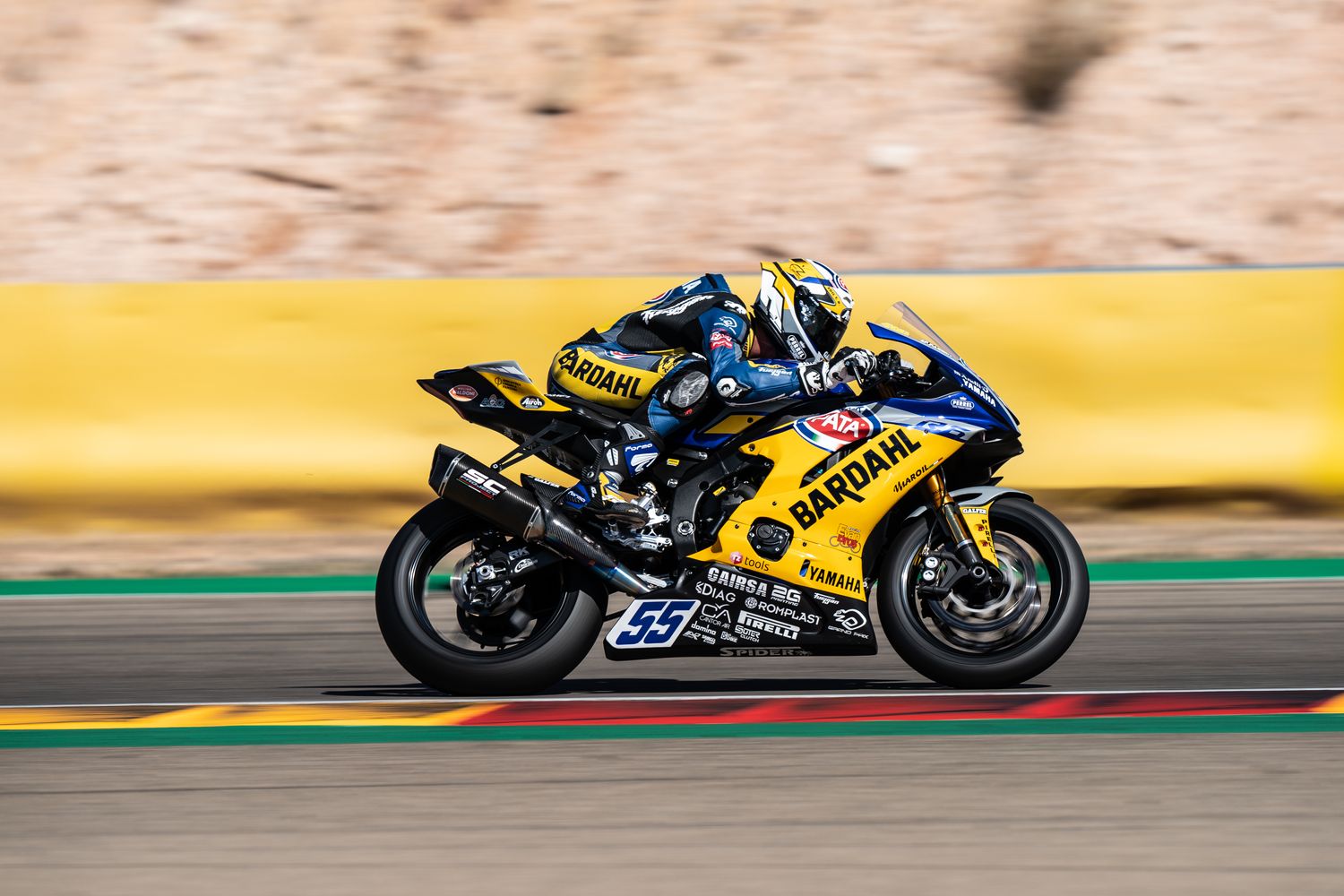 It officially started today, with the first two free practice sessions, the second consecutive weekend at Motorland Aragon for the BARDAHL Evan Bros. WorldSSP and Andrea Locatelli, valid for the fifth round of the WorldSSP 2020 championship.
The first day of action on the track gave great satisfaction to the reigning world champion team, which thanks to its rider closed in front of everyone both sessions disputed, and thus obtaining the first time of the day. A very important result, confirmed by the fact that in the last days the FIM technical staff has carefully checked Locatelli's engine, confirming its complete regularity.
In the FP1 of the morning, started twenty minutes late due to the red flags displayed during the SS300 session, Locatelli quickly regained confidence with his Yamaha YZF-R6, completing 16 laps and signing the best time of the session in 1'54"171, almost half a second faster than the second in the standings.
In the afternoon was the moment of FP2, which the rider from Bergamo used both to work on pace, using used tyres, and speed in the single lap. In the second part of the session Locatelli made an impression, running an incredible series of laps on the 1'54, and managing to conquer the first position again improving his morning time. 1'54"095 was the time of the number 55, able to take the fastest lap, trimming 776 thousandths to the first pursuer.
Tomorrow will be the time to get serious for Locatelli and the BARDAHL Evan Bros. WorldSSP Team, as after the last free practice session, scheduled for 9.30 am, will take place Superpole (11.40) and Race 1 (15.15), both visible live on channel 208 of the Sky platform.

FP1 + FP2 results #TeruelWorldSBK
P1 - Andrea Locatelli (BARDAHL Evan Bros. WorldSSP Team, Yamaha) 1'54"095
P2 - Raffaele De Rosa (MV Agusta) + 0.537
P3 - Lucas Mahias (Kawasaki) + 0.566
P4 - Hannes Sommer (Yamaha) + 0.937
P5 - Jules Cluzel (Yamaha) + 0.997
Andrea Locatelli: "Today's conditions were very different from last weekend, as the temperature rose considerably, but the feeling with the bike was nevertheless immediately optimal. We have improved in both sessions, and in FP2 I was also able to keep a good pace for several laps, which is very positive for the race. Tomorrow we will try to be the fastest in Superpole, and then try to take the win in Race 1. Me and the team are aware that we are at a very good level, we are working in the right way and we want to continue to achieve great results".