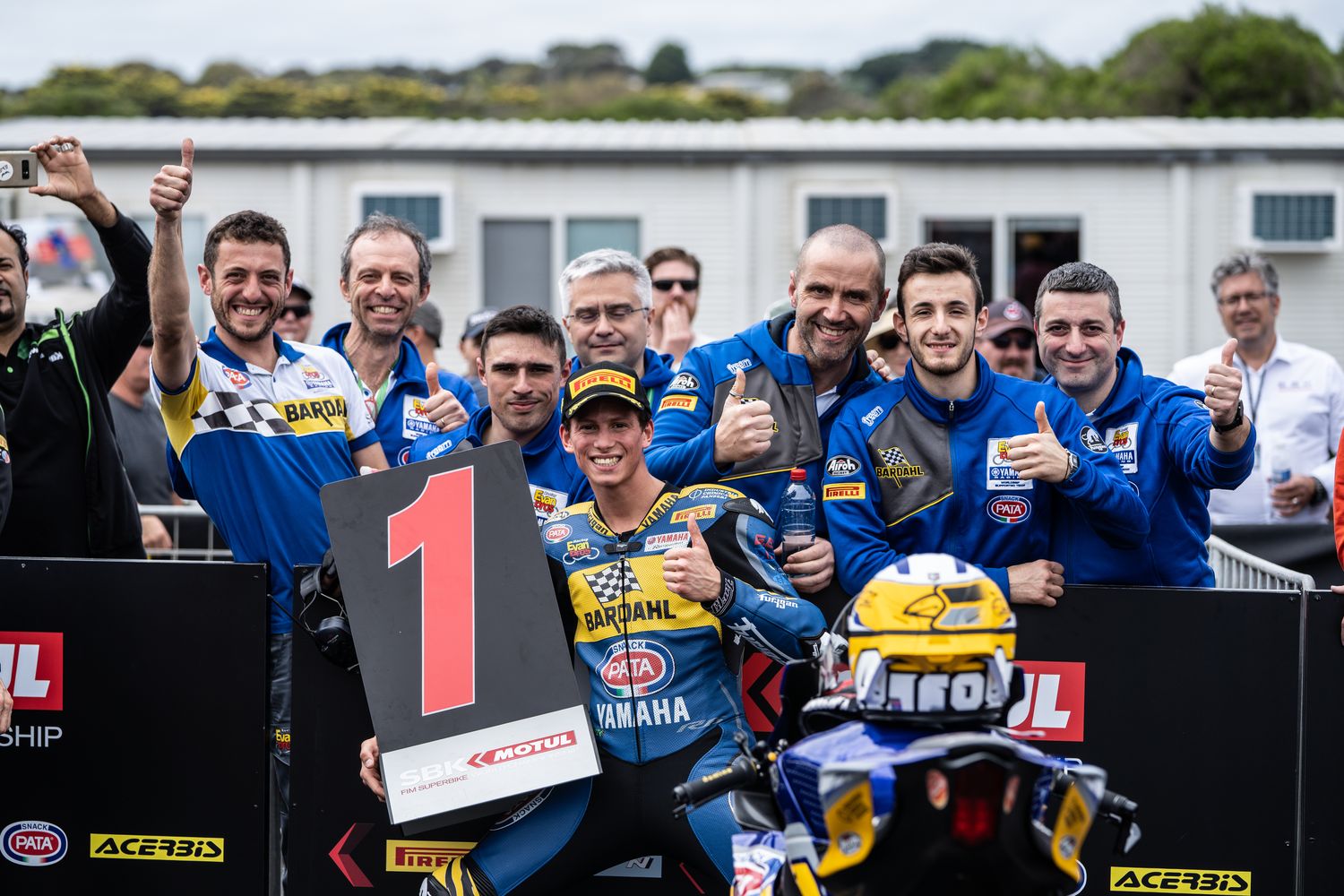 The first Superpole of the 2020 season took place today at the Phillip Island circuit, which smiled fully to Andrea Locatelli and the BARDAHL Evan Bros. WorldSSP Team, capable of taking the pole position for the race of tomorrow.
In the morning and in dry conditions the third and last free practice session was held, closed by Locatelli in first position, thanks to the time of 1'32"580. It was a useful session for the rider from Bergamo and the team to implement the latest changes to the bike, and to verify through the eleven laps completed that everything was ready for the first qualifying session of the year.
The Superpole saw Locatelli fighting for the first place from the beginning, until he found (in the last available attempt) the perfect lap with which to take the pole and to celebrate his debut in Supersport. 1'32"176 was Locatelli's time, capable of breaking the track record of Sam Lowes who was holding since 2013.
Locatelli will start from the first row in tomorrow's race, which will start at 1.15pm (3.15am in Italy), will be run over a total distance of 16 laps and will feature the mandatory flag to flag: riders will be forced to make a tyre change no later than lap ten.

P3 - Lucas Mahias (Kawasaki) +0.441
P4 - Jules Cluzel (Yamaha) +0.715
P5 - Raffaele De Rosa (MV Agusta) +0,718
Andrea Locatelli: "I am very happy to have obtained pole position in my first race in World Supersport. Yesterday we worked to achieve the feeling we had in the tests again and we succeeded, we knew we were strong for Superpole and things went in the best way. I didn't think I could do such a fast lap, but by putting all the pieces together we got this great result. We really did a great job, we are ready and confident for tomorrow's race: the flag to flag could affect the race, so we will analyse all the data available to manage this in the best possible way".