Caricasulo secures Superpole at Losail ahead of Krummenacher 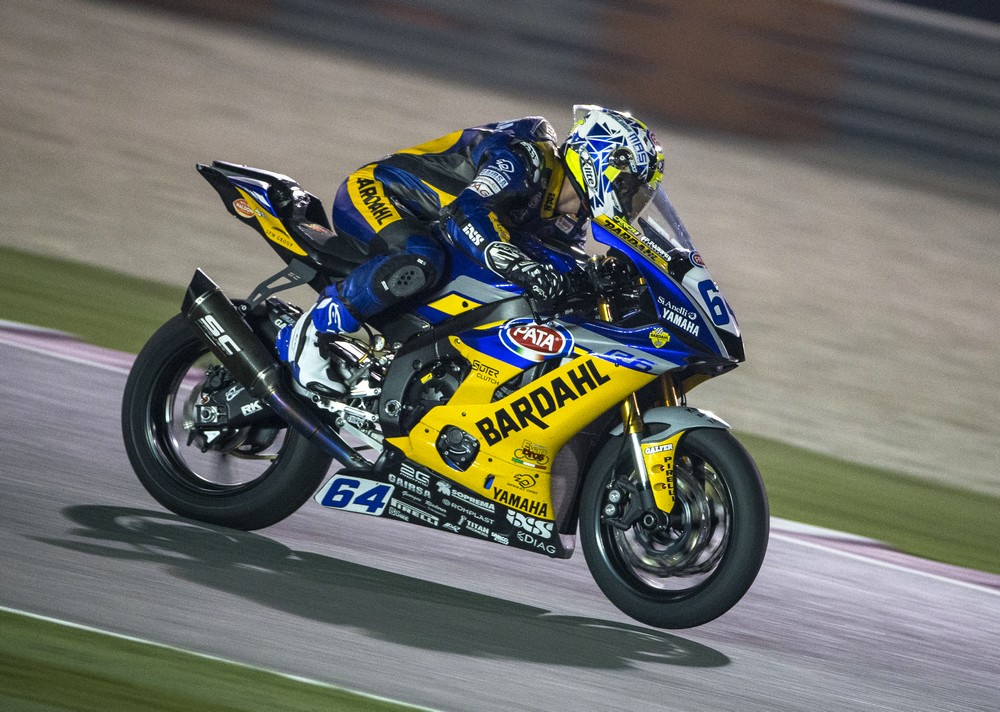 The twelfth and final round of the Supersport world championship continues at the Losail International Circuit in Qatar, the stage for today’s second day of practice and Superpole.
Yesterday saw Federico Caricasulo and Randy Krummenacher competing in the first two practice sessions, which they closed in second and fifth place respectively. This afternoon, during daylight hours and in hotter conditions compared to yesterday, the third and final practice played out, the two riders and their technical staff continuing the set-up work on the Yamaha YZF R6 bikes in preparation for the Superpole.
Despite not improving on their lap times, Caricasulo (2’02”319) retained second place, while Krummenacher (2’02”706) finished in seventh place overall.
The Superpole took place this evening under the Qatari track’s powerful floodlights. The Bros. riders both pushed hard in the final stages, Caricasulo setting the fastest time overall, a 2’01”219 followed, less than three tenths behind, by his team-mate Krummenacher, who set a 2’01”493. This is Caricasulo’s fourth Superpole of the season (the eighth of his career). Tomorrow will Fabio Evangelista’s riders line up on the front row of the grid for the last race of the season, decisive in awarding the title of 2019 Supersport world championship. The race will run over 15 laps.

Randy Krummenacher: “A good Superpole. I found good feeling with the bike and am really pleased. I think I’m ready for tomorrow’s race and have found the right set-up for my bike, but also for me, and so I’m confident that I can achieve my goal”.
Federico Caricasulo: “I feel good on the bike. In qualifying, it was important to set a good lap time in order to start tomorrow’s decisive race up front. We need to improve a little in terms of our race pace, to be consistently fast. My only goal is to win the race and the title. don’t have a particular strategy and just have to give it my all from start to finish”.