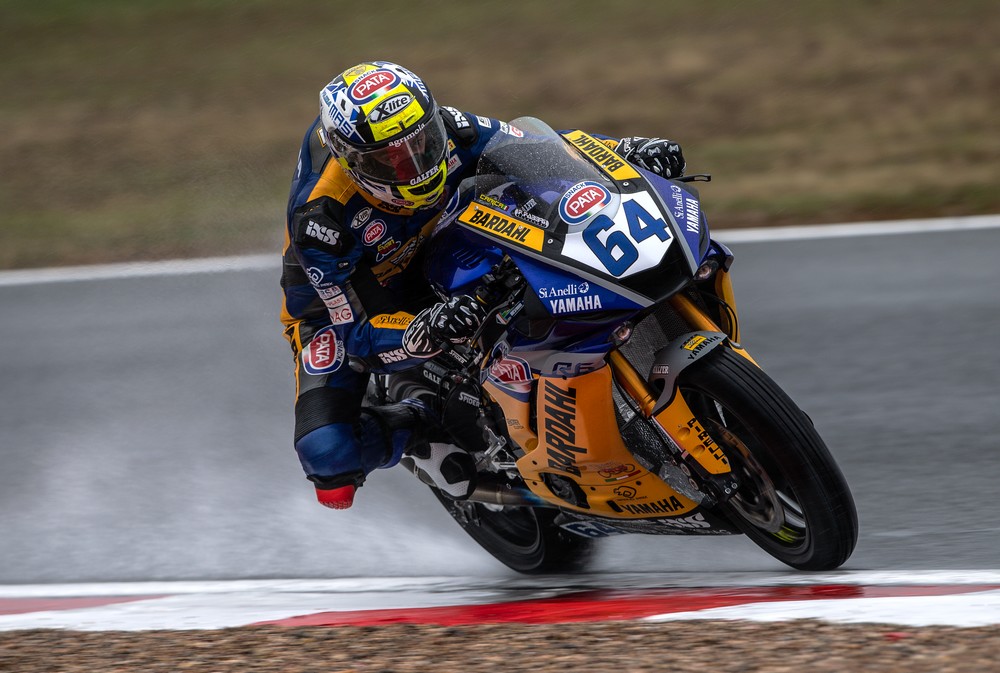 The tenth Superpole of the season, which serves to establish Sunday’s grid positions, has played out at the Nevers Magny-Cours circuit in France today.
Rain conditioned yesterday’s practices, during which the Bardahl Evan Bros. riders Federico Caricasulo and Randy Krummenacher closed in ninth and eighteenth place respectively.
Today, prior to the Superpole, the riders headed out for the third and final practice, which took place in the dry. Caricasulo put in an excellent performance, his time, 1’41”716, enough to see him finish first. The 1’42”698 set by Krummenacher was also a strong time, which saw him position sixth.
Rain returned before the start of the Superpole, soaking the track but stopping just before the session. On the fully wet track, Caricasulo stopped the clock on 1’58”678, earning fourth place, while Krummenacher’s best time was a 1’59”025 that placed him sixth.
As a result, both Caricasulo and Krummenacher will line up on the second row of the grid for tomorrow’s 19-lap race.

Randy Krummenacher: “All in all, today went well. Scoring the second row, after a wet Superpole, is a good result and doesn’t rule anything out for tomorrow’s race. Today I didn’t want to force my pace and run any risks, but I still had good feeling with my bike in the wet. The race should be dry but we’re ready whatever the conditions. Thanks to my team for having done such a great job as ever”.
Federico Caricasulo: “We’re not doing bad in the dry, considering how it went in practice this morning, while in the wet we’ve improved but are still not quite there. Considering the conditions we rode in today, I’m happy with the second row and I can say I’m ready for anything, wet or dry. Thanks to my team as they’ve worked really well again today”.